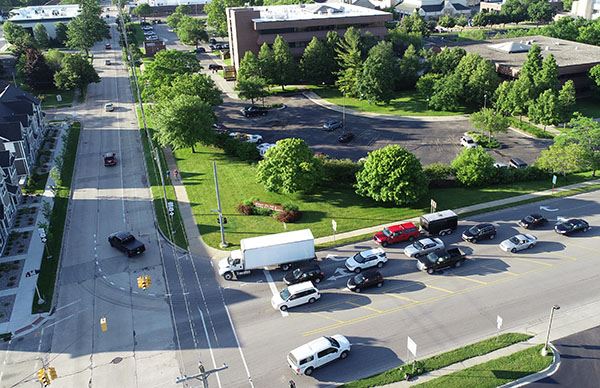 In January 2021, the Midland City Council passed a resolution to support the redesign of the Buttles Street corridor from Jerome Street/M-20 to State Street from three vehicular travel lanes to a two-lane profile. This action followed an 18-month trial study May 2018 - December 2019 conducted by the Michigan Department of Transportation (MDOT) that temporarily reduced Buttles Street from three lanes to two lanes.

The future goals for the Buttles corridor developed jointly by the City of Midland and MDOT include:

Word on the Street(s) - A Corridor Improvement Podcast 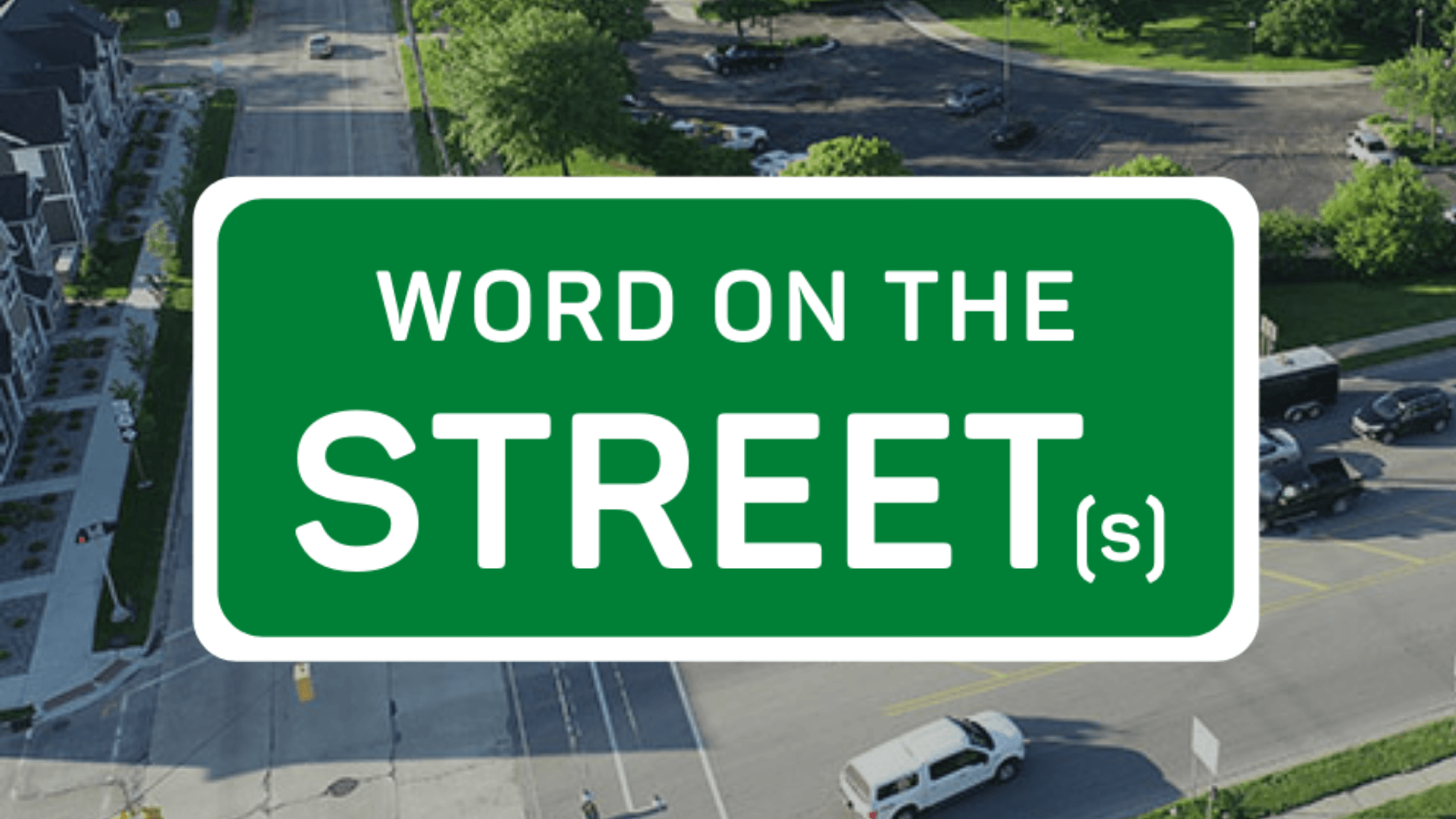 Launched in February 2021, Word on the Street(s) is a podcast from the City of Midland that explores the future of the Buttles and Indian Corridor Improvement Project. Episodes are co-hosted by Communications Coordinator Katie Guyer and Director of Planning & Community Development Grant Murschel, with special guests including City staff, road design experts, and more. Topics will include recent updates on the projects' progress, public input opportunities, and discussions of the design and vision for the corridor moving forward.

Word on the Street(s) is released on the third Thursday of every month on the City's YouTube channel and as an audio-only podcast on most preferred podcast platforms. Video replays are also available on MGTV-188 (Charter) and 99 (Uverse) and available on-demand on the Roku and Apple TV streaming apps. Additional special episodes may be released as the project progresses.

In this season's  third episode - and Grant Murschel's last with the podcast - the team talks to Midland City Engineer Matt Lemon about the 2022 City construction schedule; how the City's roads are funded and maintained; and the challenges faced by today's civil engineers when planning and supporting a street network

In this episode, Katie and Grant discuss Ashman and Rodd streets, another set of one-way pairs that span from Downtown to Center City, and their future as either two-way or one-way streets. The discussion includes characteristics of these corridors and why their future is critical to the pending reconstruction projects on Buttles and Indian streets.

Check out the links below for some of the topic points discussed in the episode, as well as examples of previous one-way to two-way conversions:

In this season's second episode, Katie and Grant welcome Richard Murphy of the Michigan Muncipal League to talk placemaking, quality of life initiatives, and the impact that infrastructure projects - including road diets and street improvements - can have on the connection between people and the places and space where they live. They also discuss several exciting placemaking projects by MML members throughout the state of Michigan.

Segment 1 - Streets as a Public Space

In Segment 1 of this episode, Grant and Katie discuss a recent Strong Towns article that challenges the traditional metrics used in street design: speed and volume. A link to this article can be found below.

In Segment 2 of this episode, Michigan Municipal League Policy Research Labs manager Richard Murphy joins the podcast to talk all things placemaking: what it looks like, how it impacts economic development, and why it's so important for communities to find ways to connect people with the places they live. The group also discusses several great placemaking projects from MML member communities around the state, including the Downtown Allegan, Michigan Riverfront Development and the Cadillac, Michigan Heritage Plaza. Both case studies are provided in the link below, as well as graphics for each project. 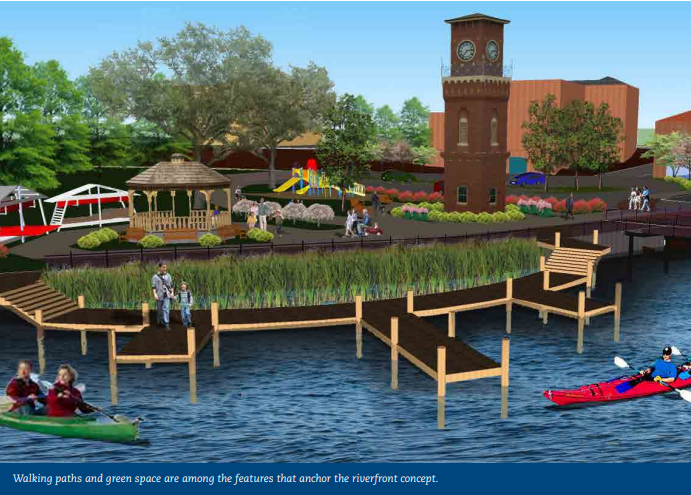 Episode 3 - If You Build It

In this month's episode - and Grant Murschel's last with the podcast - the team talks to Midland City Engineer Matt Lemon about the 2022 City construction schedule; how the City's roads are funded and maintained; and the challenges faced by today's civil engineers when planning and supporting a street network.

Check out the links below for more information on some of the topics discussed in today's episode.

In this episode, Grant and Katie discuss preliminary design options for Buttles that were shown to City Council in January 2021. Check them out in greater detail below! (Click the images to view a full-sized rendering.) 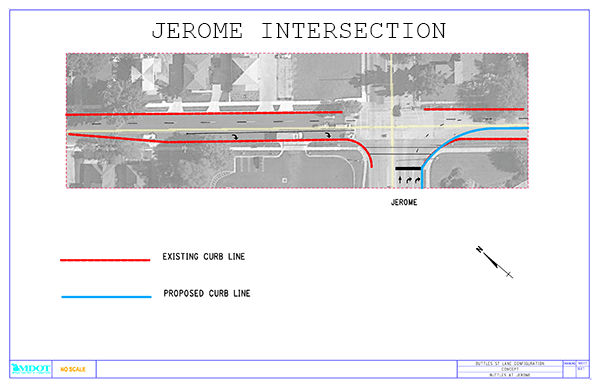 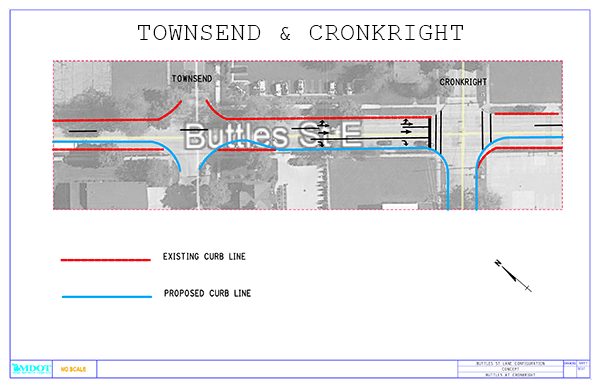 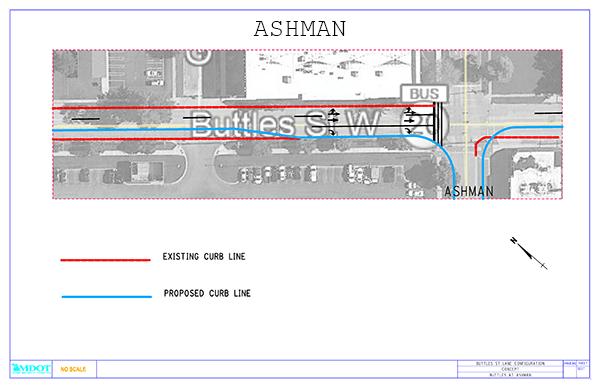 In the first segment of this episode, Grant and Katie discussed the Complete Streets Act of 2021. Click on the links below for more information about this Congressional legislation

In the second segment of this episode, City of Ferndale Planning Manager Justin Lyons discussed an ongoing lane reduction project with MDOT on Woodward Avenue in Ferndale. Check out some schematic drawings of this project below. (Click the images to view a full-sized rendering.) 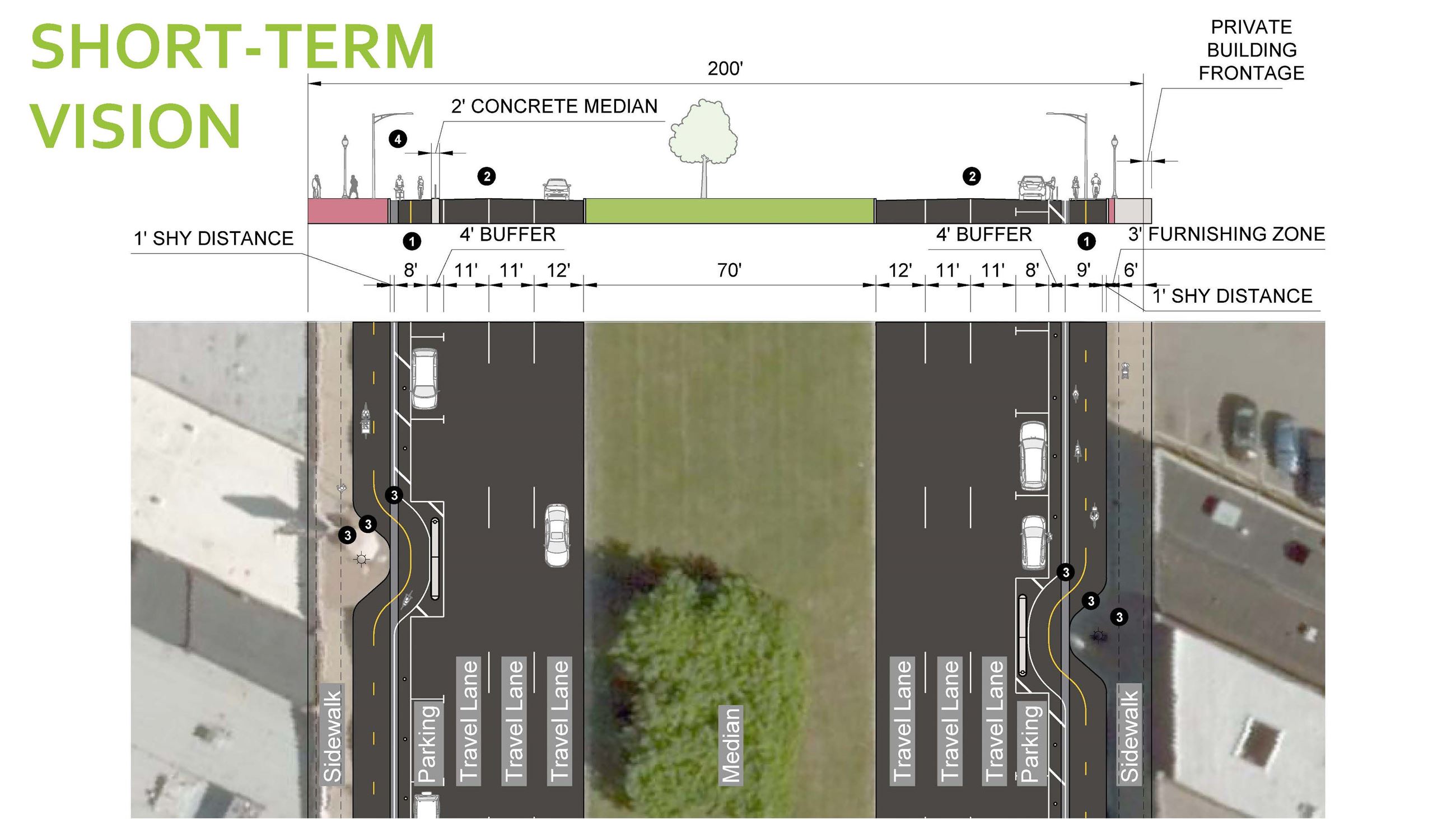 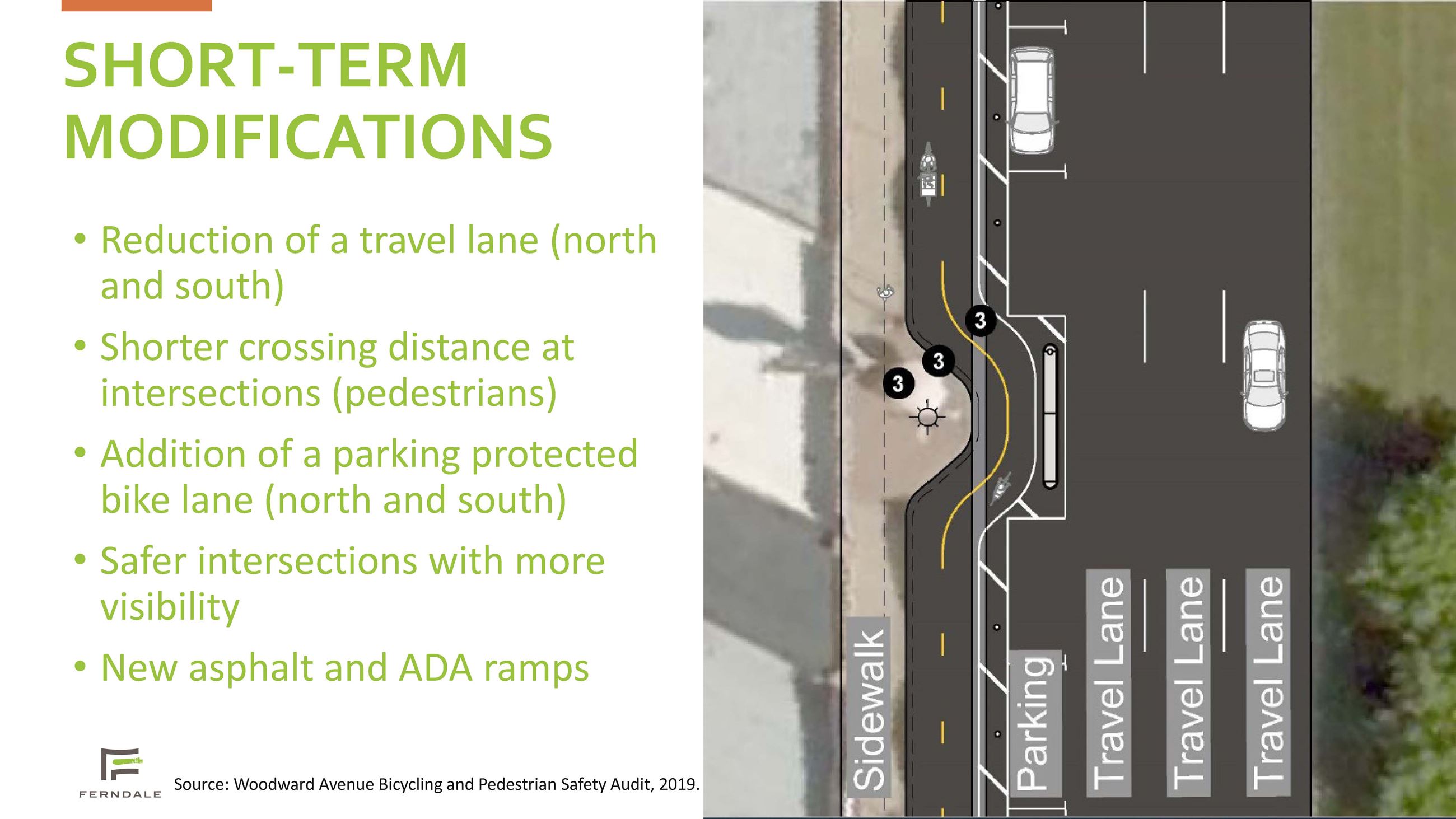 More information on this and the other City of Ferndale projects discussed in this podcast episode can be found at FerndaleMoves.com.

In the first segment of this episode, Grant and Katie discussed recent traffic crash at Jerome and Buttles streets that resulted in a vehicle striking the Pathfinder Commons multi-unit housing complex at this intersection. Check out the slideshow below for photos of the crash scene and the damage caused by this accident. 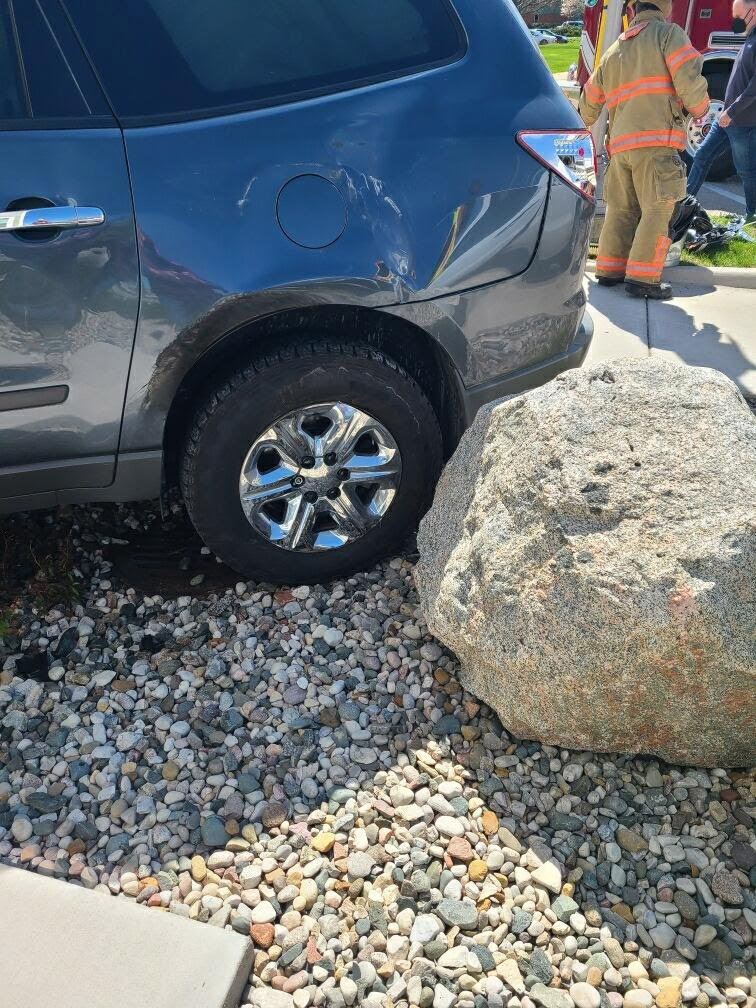 Later in Segment 1, Grant mentions the Midland City Modern Master Plan update, which will focus on neighborhoods and livability and transportation and mobility as key points in the master planning process. This update will include lots of opportunity for public input, so check out the website below and learn more about this process and how you can become involved!

In this episode, both hosts Katie and Grant and our guests from MDOT mentioned the 18-month road diet trial study that collected data to determine if Buttles Street could function as a two-lane roadway. To view this data and public input collected during the trial, visit the Indian & Buttles Road Study page.

In the first segment of this episode, hosts Katie and Grant discuss a series of recent accidents in the Indian and Buttles corridors, including a synopsis of general location and what that might mean for safety of all users. You can view this report below.

The report lists crashes recorded by the Midland Police Department from January 1, 2019 - September 1, 2021. The Buttles Street lane reduction trial ended in December 2019, so any crashes recorded in the Buttles corridor after December 2019 occurred after the roadway returned to a three-lane profile. Each crash is listed individually under the street on which the incident occurred, then by date and time. The most recent crash is listed first.

In a later segment, Katie and Grant review a list of new and enhanced pedestrian crosswalk locations submitted to the Michigan Department of Transportation (MDOT) throughout the entire corridor for consideration in the new Buttles Street redesign. You can find maps of those proposed locations below. Click on the photos to file a larger file. 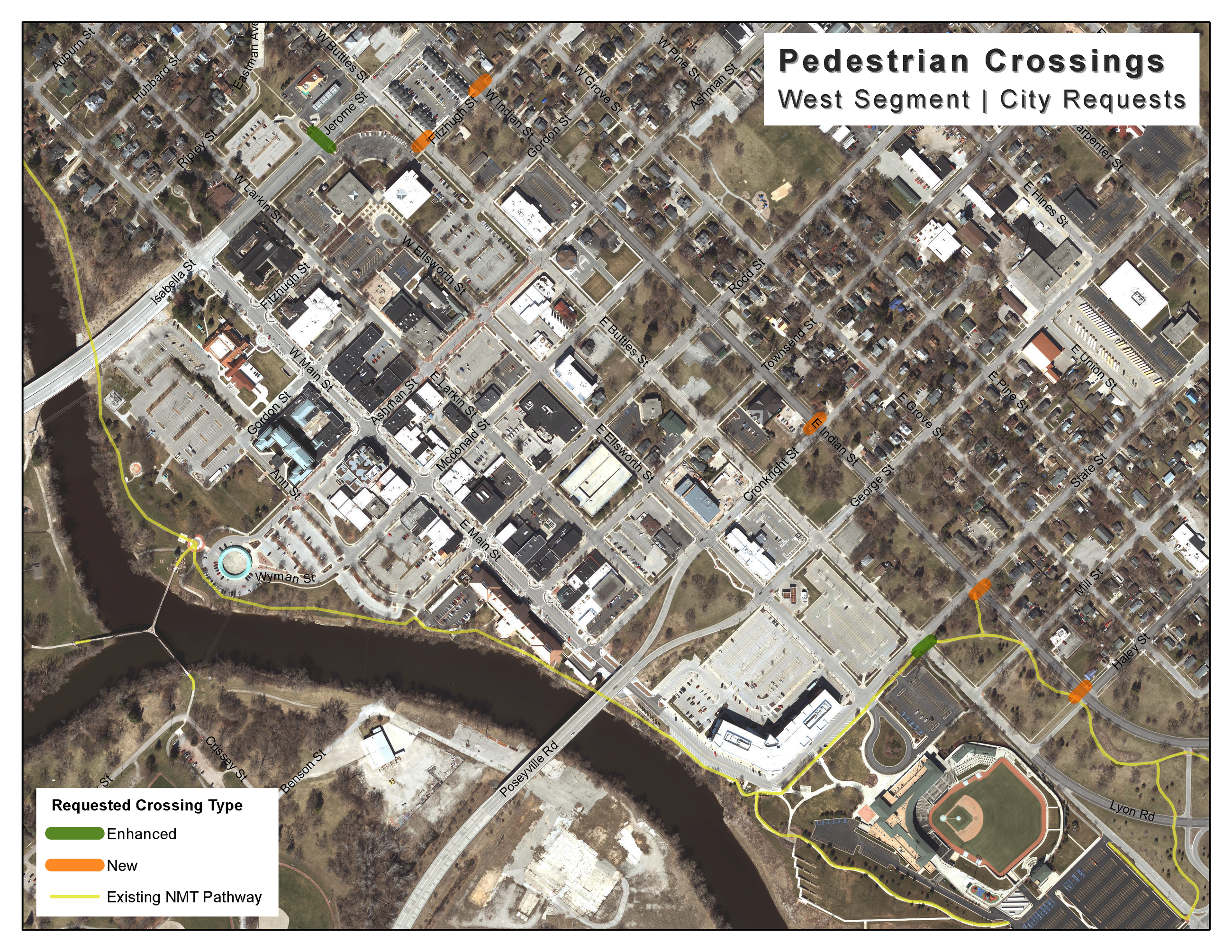 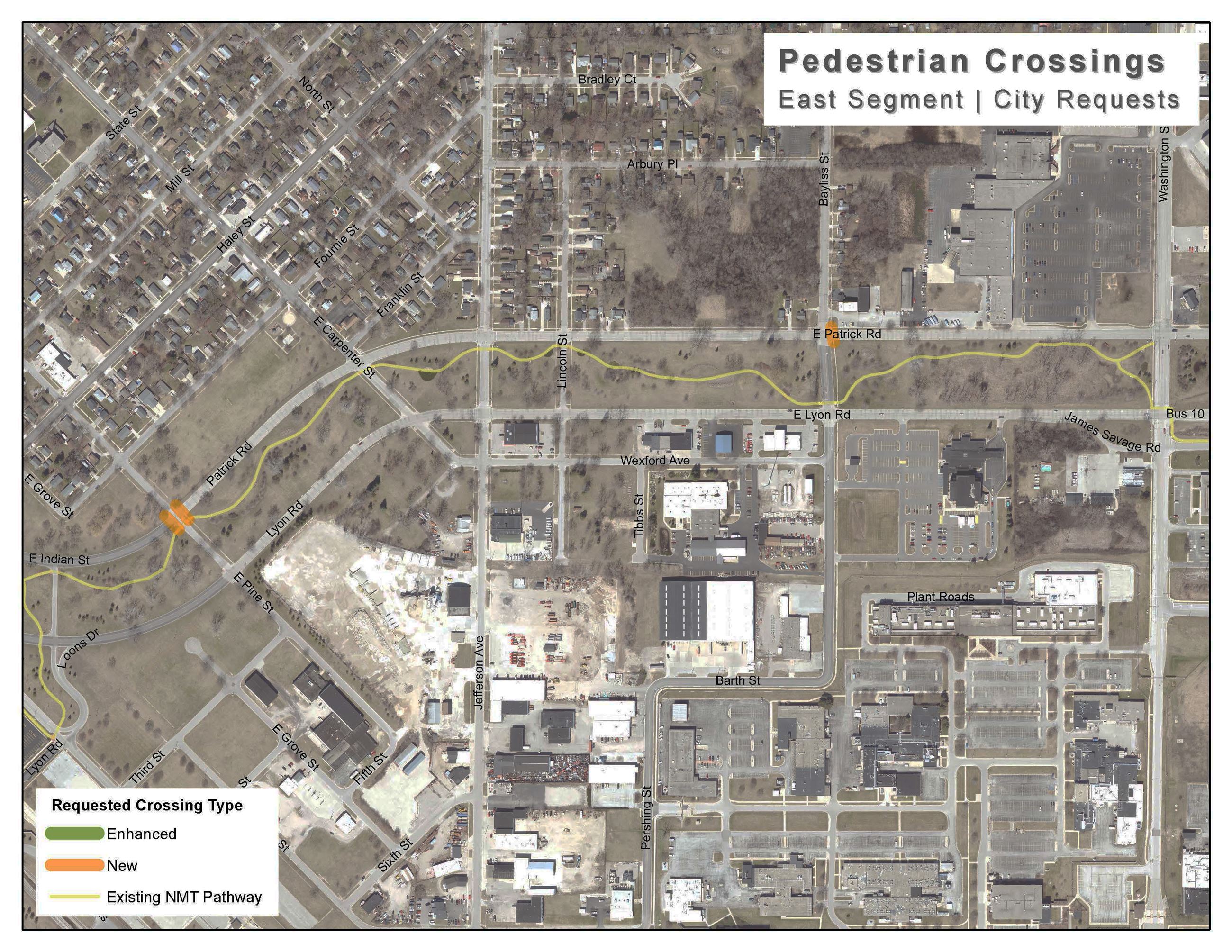 In this episode, guest John Martin references the Multi-Modal Development & Delivery (M2D2) Guidebook used by the Michigan Department of Transportation to ensure that road projects include context sensitive solutions from planning through implementation. A link to this guidebook is below, as well as a link to the MDOT website that contains a list of CSS-inspired projects by region.

In the second segment, Katie and Grant briefly discuss the City's Master Plan update process, City Modern, that is currently underway. To view more information about this process, find public engagement survey results, and learn more about how to get involved, visit the City Modern link below.

Residents will not see changes to this corridor for some time, as the project will now enter the design phase at MDOT with input and assistance from City staff as necessary. Design concepts and other elements on the redevelopment of this roadway will follow in the months and years to come with opportunities for the public to provide feedback when appropriate.

MDOT anticipates that the corridor will see reconstruction during the 2024 construction season, at which time the road profile will be transitioned into two lanes for motor vehicles. Until that time, the corridor will remain three lanes. A final design concept for this corridor has not been determined yet, so check back to this page frequently for updates as the design process progresses.

For the latest updates and other discussion of the project as it progresses, check out the City's Word on the Street(s) podcast on the third Thursday of every month on YouTube, Facebook, and your podcast platform of choice.