The Midland Beautification Advisory Commission was established under Ordinance No. 720 on May 16, 1969 by unanimous action of the Midland City Council. According to the ordinance, the Commission’s Charter was to work closely with local organizations and individuals and national and state groups on beautification programs; to advise the Council on programs and policies designed to maintain and add to the physical attractiveness of the Midland Community for the benefit of health, safety and welfare; and to encourage private action for beautification by action programs and publicity carried out principally by other community organizations. The Commission was to be an advisory body to the City Council and could not have the power to expend public funds. In 1996 the City Council rescinded Ordinance No. 720 and changed the status of the Beautification Commission to a Committee of the Parks and Recreation Commission.

Over the years two projects stand out. The first was a 4-year study which set forth philosophy and beautification objectives for the development of Midland’s riverfront. This resulted in a written report that was accepted by City Council in October 1973. It was the first time a comprehensive plan was attempted for Midland’s riverfront areas, and was the first of several reports that would follow which led to what we see at the riverfront today.

The second was the Bicentennial Commemorative Forest. It was jointly sponsored by the Midland Beautification Advisory Commission, the Michigan Division of the Dow Chemical Company, the Midland Public Schools and the Chippewa Nature Center. The Herbert H. and Grace A. Dow Foundation arranged for acquisition of the land. The project’s goal was to celebrate the nation’s 200th birthday; to re-establish a forest in an area that once held a forest; and to provide boys and girls with an opportunity to establish a living memorial “that they can observe, enjoy, study and reflect upon in years to come.” More than 25,000 individual seedlings of 26 different varieties native to this part of Michigan were planted by about 3,000 persons (most of them students from grades 3 to 6) on 25 acres of land located at the Nature Center within a period commencing April 7, 1976 through May 7, 1976. Midland Garden Clubs provided essentially all of the supervisory personnel. The planting of the Bicentennial Commemorative Forest was one of those unique, rare projects of enormous magnitude and complexity that could only have succeeded because of outstanding volunteer contributions of many groups and individuals.

Over the years, commission members have had the opportunity to participate in a variety of study groups relating to beautification. Among them are the following; Task Force 2000 (sub-subcommittee on City Beautification); the Historic Study Committee from which the present Historic Commission evolved and a historic district officially designated within the City of Midland; the Ann Street Depot Study Committee to determine the Depot’s historic significance for restoration and adaptability to a contemporary use as an example of functional preservation; the City/County River Corridor Study Committee that eventually evolved into a conceptual Master Plan for a county park site along the Chippewa River and a management plan for protection and development of Midland’s major river corridors; the Downtown Study Committee from which the present Downtown Development Authority emerged; “MIDLAND BLOOMS,” the petunia planting project; and the Midland County Courthouse Restoration Feasibility Study from which the Citizens Committee for the Exterior Restoration of the Midland County Courthouse was named by the Midland County Board of Commissioners. 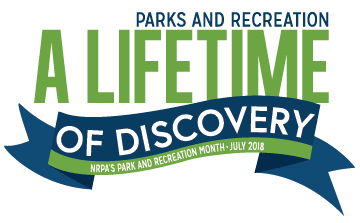